We are delighted to welcome organist Peter Bayer to the Cathedral to present a 40-minute concert in our recital series celebrating the second anniversary of the completion of the Cathedral's Lively-Fulcher Great Organ on Wednesday, July 28, 2021 at 12:40pm, following the 12:10pm Mass. His previously scheduled recital planned for May 2020 was cancelled due to Covid restrictions. We are pleased to once again give our parishioners and the greater Washington, DC community the opportunity to hear marvelous music in an ideal recital setting.

This concert will be both open to the public, with CDC guidelines observed, as well as livestreamed on our YouTube channel. 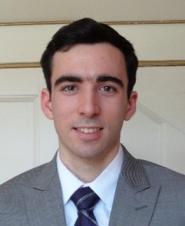 Peter Bayer, FAGO, holds a BA in Organ Performance and Classics from The Catholic University of America. He is currently pursuing graduate work in Classics at the University of Toronto. He completed five years of formal organ study: in high school he studied with Mr. David Lang, and at CUA with Prof. Ronald Stolk. In 2016, he spent the Fall semester of his junior year in Rome under the instruction of Maestro Armando Carideo. He has also studied piano for 13 years; at CUA he studied under Dr. Ralitza Patcheva; until then he was under the instruction of Dr. David Kosutic. At his high school, Trinity School at Meadow View, he studied theory and composition under Mr. Timothy Dusenbury. When at home in Virginia, he is an assistant organist at St. John the Beloved in McLean. In Toronto, he is participating in the music program at Trinity College, Toronto.

A participant in numerous piano and chamber music competitions, he attained an Honorable Mention in the 2013 NVMTA Concerto competition. He has performed in several venues around the Washington, DC area—including notably a recital in the concert program at St. Luke's in McLean. In Rome, he performed in the concert series at Santa Barbara dei Librai on the restored Renaissance instrument there; and in Toronto at St. James' Cathedral . Further, he has participated in masterclasses at the Oberlin Summer Organ Academy 2014, the McGill Summer organ academy 2015, and The Organ Scholar Experience 2017, a week-long program at Oxford run by the Royal College of Organists.

The next concert in our series was to have been on Sunday, August 1 at 3:30pm with Stefan Donner, Vienna, Austria. Due to uncertainty over continuing COVID-related travel restrictions, the concert by this Viennese organist will be rescheduled to summer of 2022.